Pope to Redemptorists: ‘Dare to renew your mission to serve the poor’

Pope to Redemptorists: ‘Dare to renew your mission to serve the poor’

Addressing the Congregation of the Most Holy Redeemer, Pope Francis encourages the Redemptorist missionaries to “rethink” their Alphonsian charism in the light of the signs of the time, and warns against the hardening of the heart which hinders the renewing action of the Spirit. 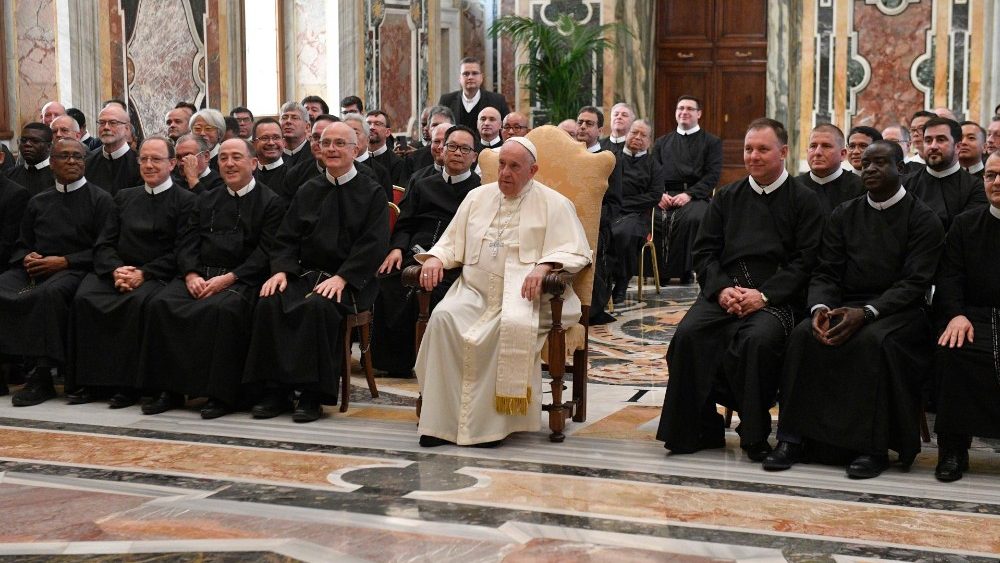 Pope Francis, on Saturday, addressed the members of the Congregation of the Most Holy Redeemer (CSsR), commonly known as Redemptorists, who are gathered in Rome for the 26th General Chapter from 11 September to 7 October.

The four-week session is focused on setting the direction for the Congregation founded by St. Alphonsus de’ Liguori for the next six years and on electing its new governance to oversee its implementation.

In his prepared remarks, Pope Francis extended his greetings to the participants in the Chapter and to the entire Redemptorist Family, acknowledging in particular the new Superior General, Father Rogério Gomes. 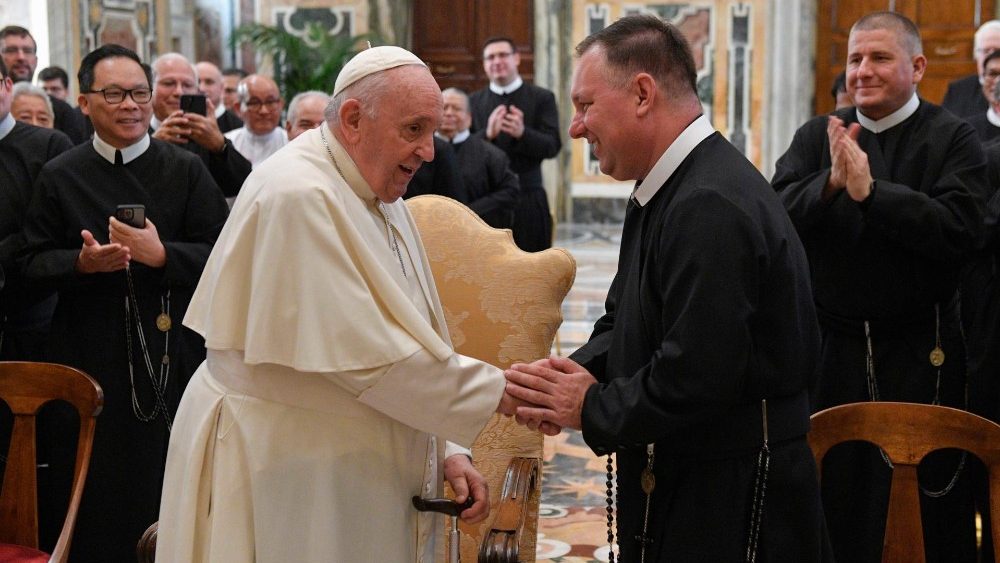 Noting that celebrating a General Chapter “is not a canonical formality”, but “living a Pentecost, which has the capacity to make all things new”, Pope Francis highlighted the importance of the themes addressed by the session – that of identity, mission, consecrated life, formation and governance – to “rethink” their Alphonsian charism.

He encouraged Redemptorists “not to be afraid to take new paths and to dialogue with the world”, while keeping their gaze fixed on Jesus “who emptied Himself, taking the form of a servant.”

“I encourage you to dare, having the Gospel and the Magisterium of the Church as the only boundary. Don’t be afraid to get your hands dirty in the service of the most needy and people who count nothing.”

Conversion of heart and change of structures 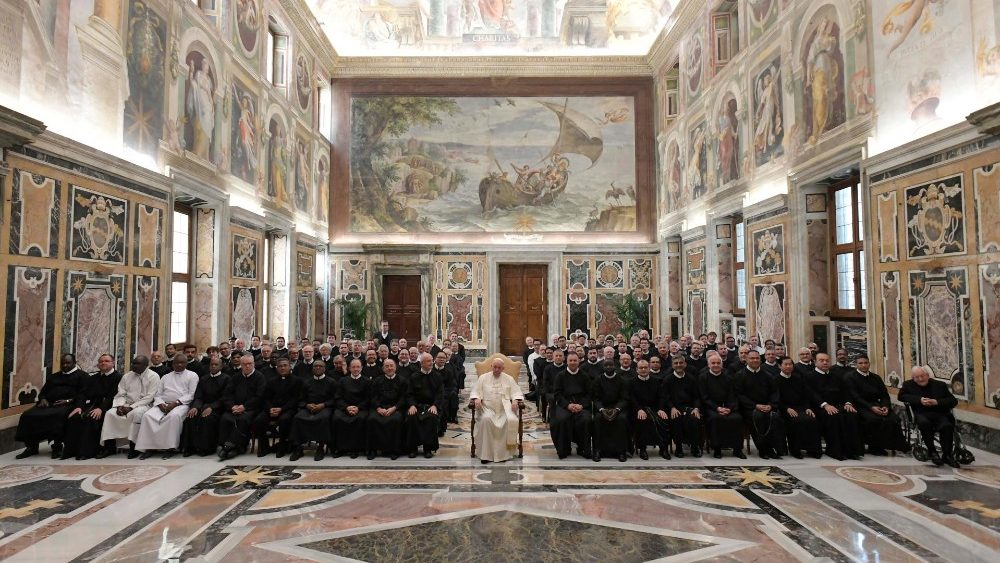 Recalling that the focus of their charism is the “willingness” to face any trial to bring Christ’s Redemption to everyone, the Pope insisted on the importance of renewal in the Church and in consecrated life, “to respond with creative fidelity” to His  mission .

Renewal, he remarked, requires a process of “conversion of the heart and mind” (metanoia), and at the same time “a change of structures”. This sometimes implies parting from some old traditions and cultural customs – our “old jars”, which can be a “painful” process, but “necessary” if we want to become “missionaries of hope”.

Being  missionaries of hope

In this regard, he warned that “those who remain attached to their own certainties risk falling into a sclerosis of the heart, which hinders  the action of the Spirit in the human heart.”

“We must not put obstacles to the renewing action of the Spirit, first of all in our hearts and in our lifestyles. Only in this way can we become missionaries of hope!” 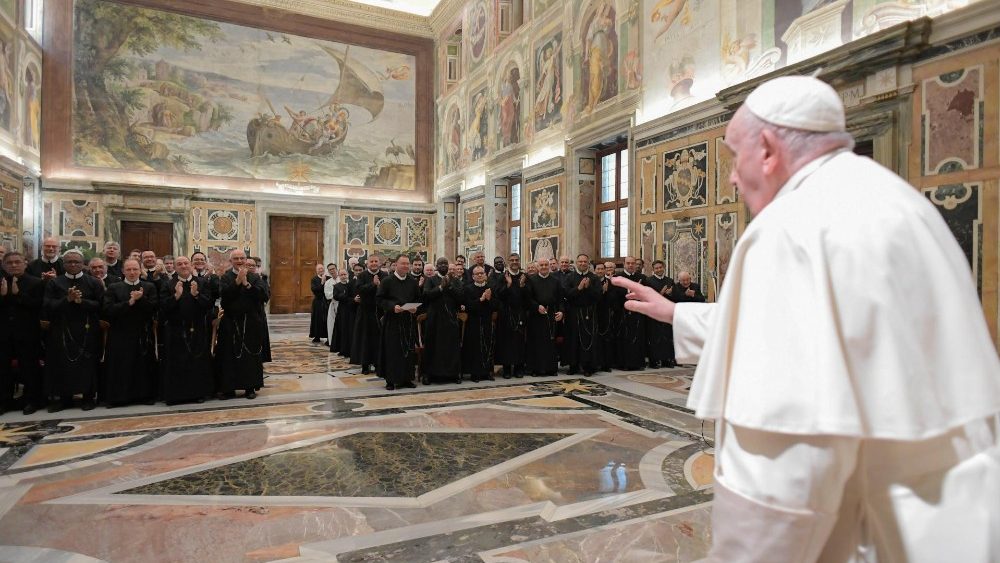 As the Redemptorists embark on this process of renewal, Pope Francis also reminded them that “three fundamental pillars must not be forgotten: the centrality of the Mystery of Christ, community life and prayer.”

“The testimony and teachings of St. Alphonsus continually remind you to ‘remain in the love’ of the Lord. Without Him we can do nothing; remaining in Him we bear fruit (cf. Jn 15: 1-9). Abandoning community life and prayer is the door to sterility in consecrated life, the death of the charism and closure towards the brothers. Instead, docility to the Spirit of Christ pushes us to evangelize the poor, according to the announcement of the Redeemer in the synagogue of Nazareth, concretized in the congregation by Saint Alphonsus Maria de ‘Liguori.”

Wrapping up his address, Pope Francis expressed his wish that the newly-elected governing body of the Congregation will show “humbleness, unity, wisdom, and discernment” in leading the Redemptorist Family in these challenging times.

While entrusting the Congregation to the protection of the Mother of Perpetual Help, he concluded by praying that the Redemptorist Missionaries may be ”faithful and persevering” in their  mission, “never forgetting the poorest and the most neglected” they serve and to whom they announce the Good News of the Redemption. 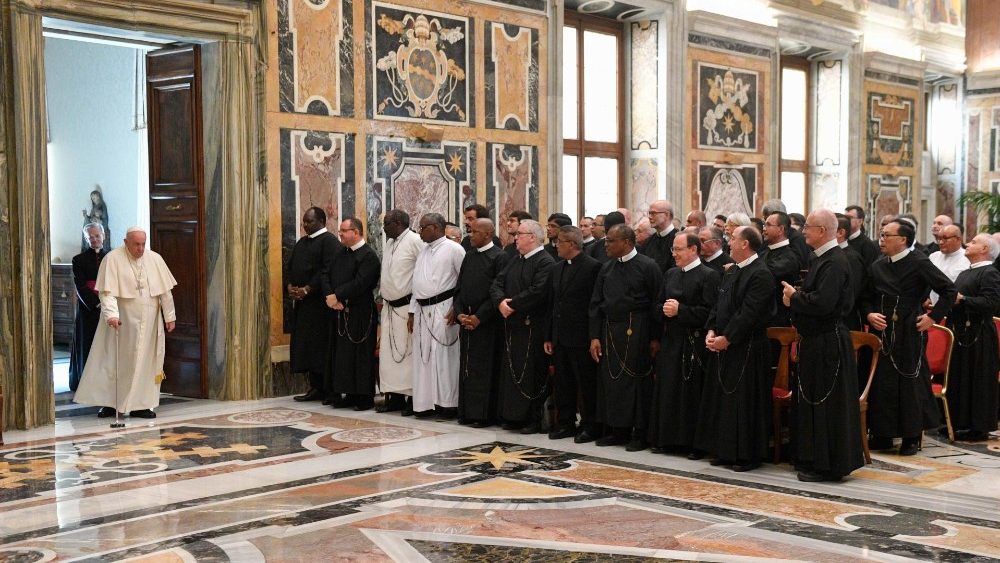 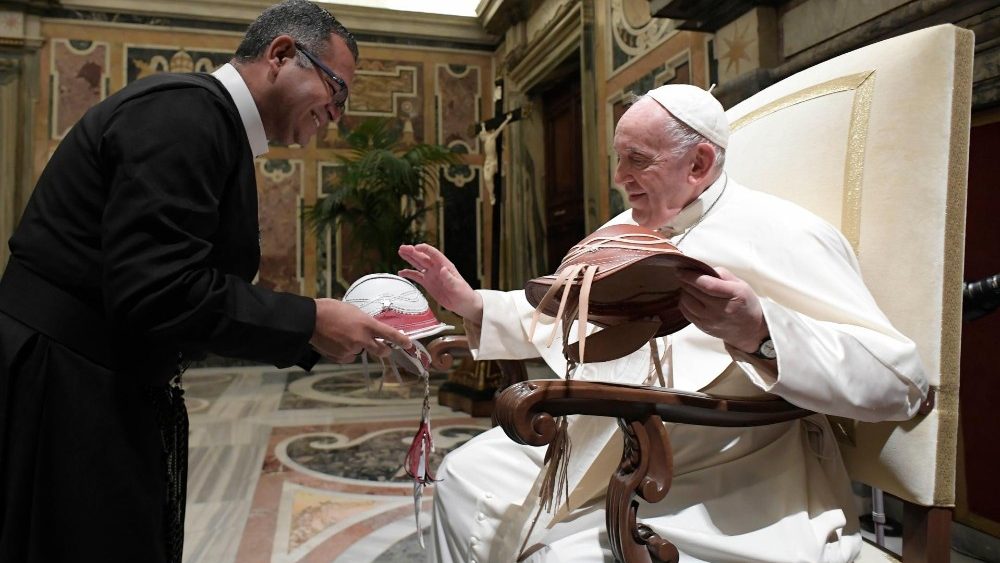 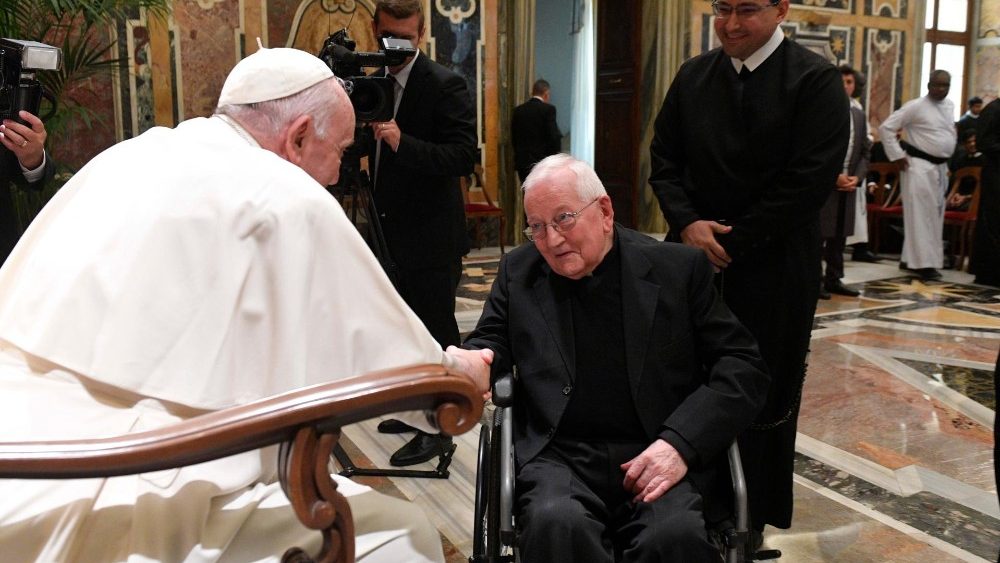 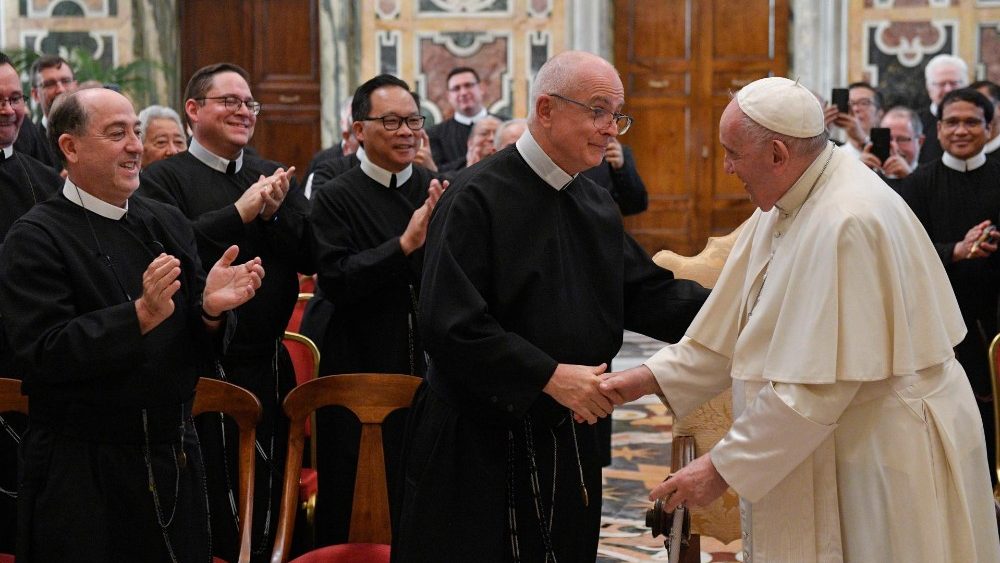 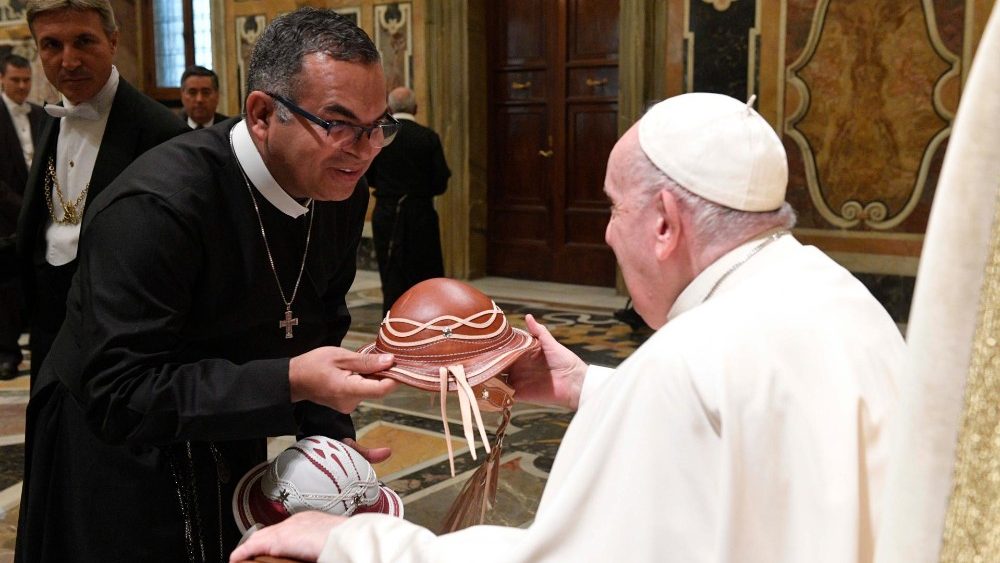 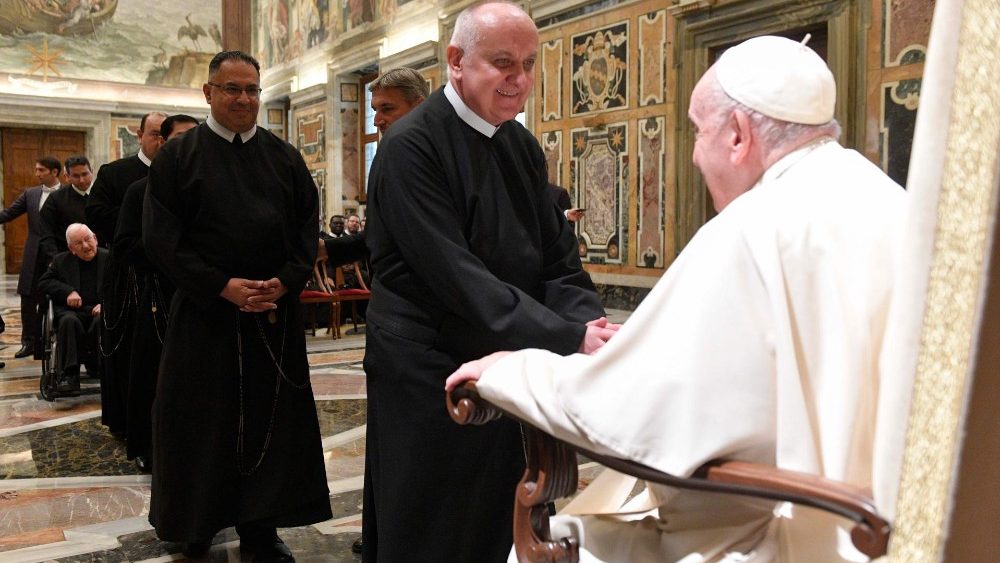 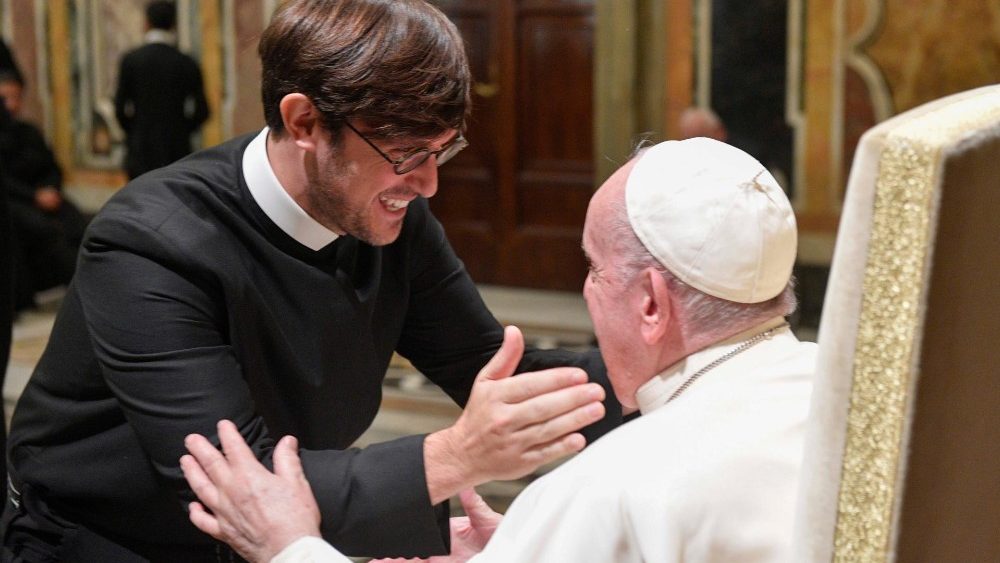 Willem Van Rossum CSsR: a Redemptorist in the History of the Missions

Willem Van Rossum CSsR: a Redemptorist in the History of the Missions