(Italy) Last September 29, on the feast of the Holy Archangels, the motherhouse in Ciorani experienced an extraordinary moment of celebration and joy. At the end of a year of novitiate, two young men – Davide Velocci of the Roman Province and Rocco Baldini of the Neapolitan Province – consecrated themselves to the Lord with their temporary profession.

The date of September 29 has traditionally been the date of religious profession in the Province of Naples. For this reason, among the many confreres who arrived there were many who were celebrating their anniversary of apostolic religious life, including some who were jubilarians. One confrere is celebrating his 60 years and two others are celebrating their 25 years since their first consecration. 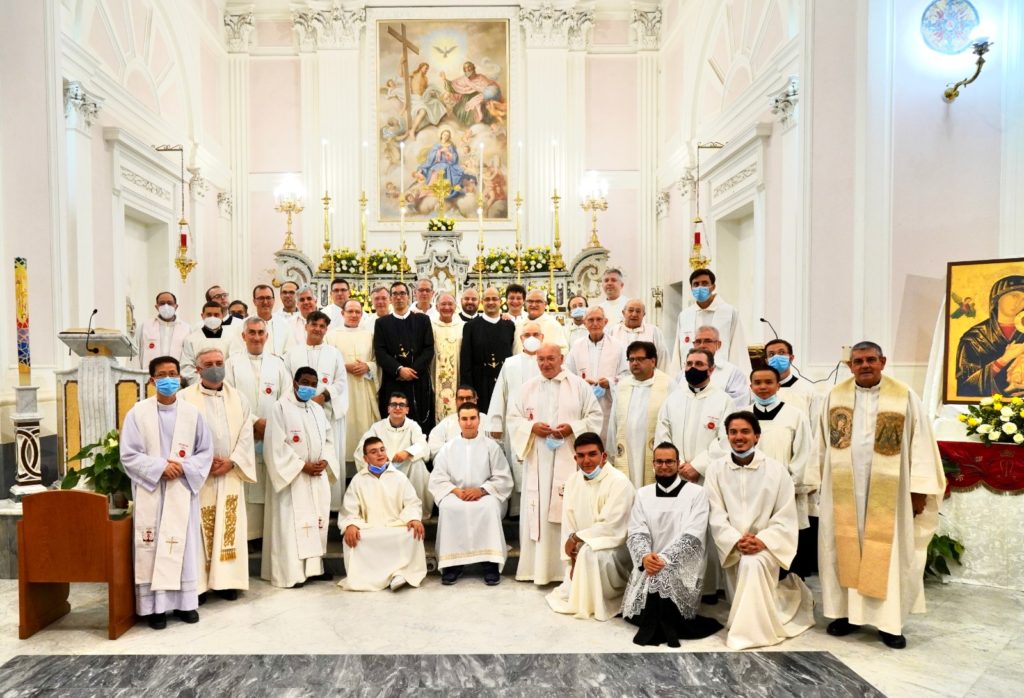 Even though it was a midweek day, the participation in the liturgy was abundant, counting the presence of confreres, laypeople, young people, friends, and relatives of the two new Redemptorists. In addition to the two Provincial Superiors, Father Pedro Lopez, General Councilor, and the pastors of the two parishes of origin of the candidates were also present.

This was the third stage of professions following the 2020-2021 novitiate which saw the presence in Ciorani of six young men: one from the Province of Madrid who professed in Spain at the beginning of September, two from the Province of Bratislava who professed in Slovakia in the middle of the month, and two (plus one who left) in Italy at the end.

May the Lord accompany these young people on a journey of joyful perseverance in the footsteps of Christ the Redeemer and may our Mother of Perpetual Help intercede for them.

Curitiba: a candle procession to mark the 100th anniversary of the perpetual novena

A new start with a hope

A new start with a hope